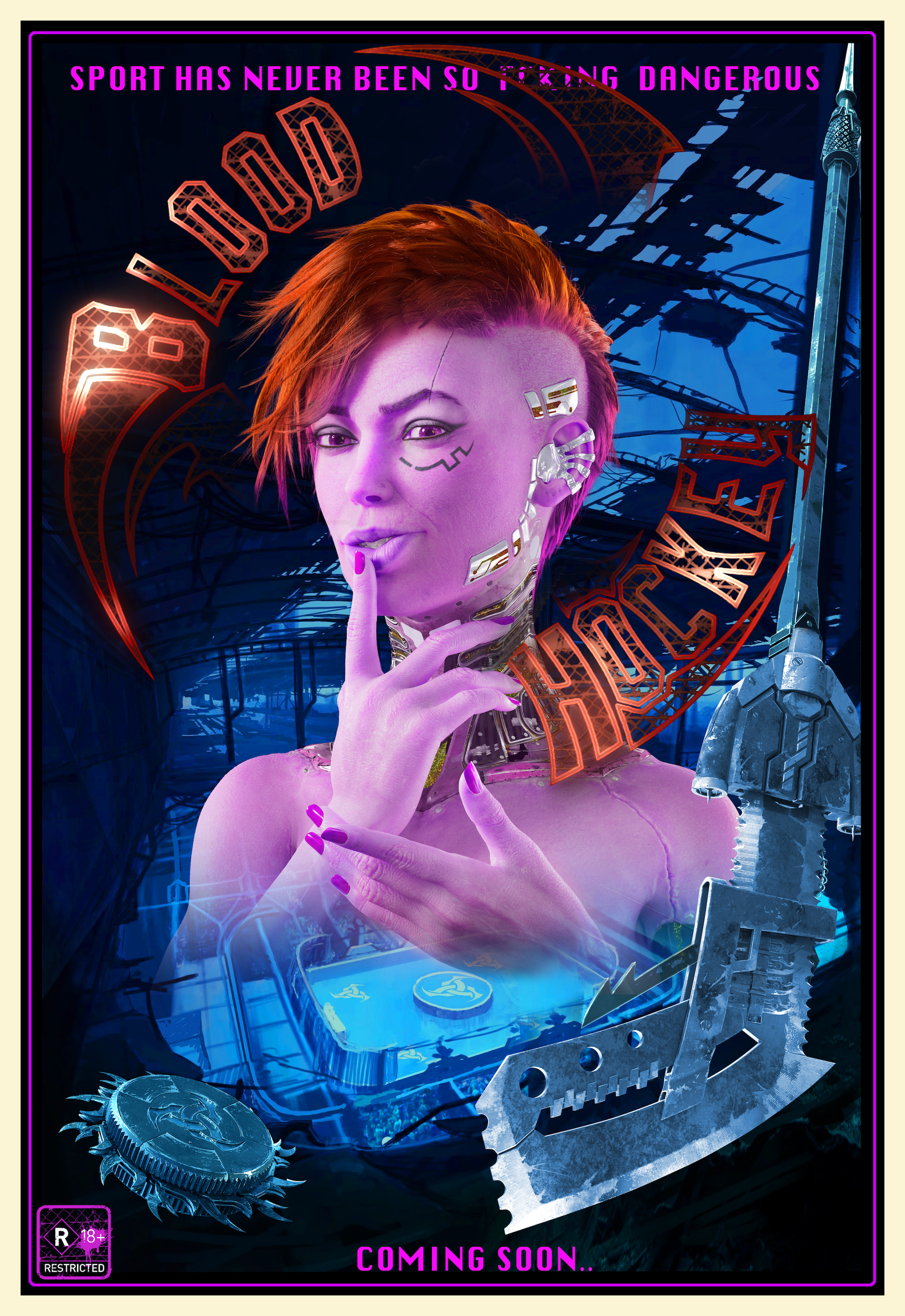 “Blood Hockey” is a live action Action/Sci-Fi/Comedy feature film that combines real actors with 3D Animated actors in a futuristic world of combat and adventure.

“Blood Hockey” brings gladiator-style combat onto a futuristic Ice Rink where only one team survives each match. The Player’s equipment is designed for defense… and killing. Hockey sticks and pucks are made of stainless steel, with sharp and dangerous blades designed to inflict maximum damage.  It’s exciting!

One of the gladiators is Lola. She is sexy… but dangerous. She is also 100% computer created, built from artist sketches to achieve a more hauntingly real appearance than would be possible by simply 3D scanning a human model. Look in her eyes, study her skin and hair, then try and tell yourself she’s nothing but ‘ones’ and ‘zeroes.’

She has a strong portfolio as a gladiator, just look at this:

Is she good enough? )